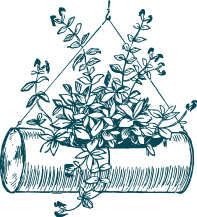 A group of lands scored by history

Near the Region of Guadix are other areas, tesseras of a colourful, picturesque, vast tapestry also natural and cultural. Scored lands since Prehistory preserving some settlements witnessing the evolution of cultures, civilizations and history itself.

Among the aforementioned, Marquesado de Zenete and the region of Río Nacimiento, both astonishing lands in which many picturesque landscapes live together, from deserts to orchards, as well as the vestiges of different civilizations overlapping themselves and creating cultural strata throughout history.

Zenete or Cenete comes from the Arabian word ‘sened’, which means “hillside” and refers to the enormous, natural wall of Sierra Nevada on top of the high plateau. A view that is certainly impressing when accessing from the Hoya de Guadix, due to its clay gullies, and, suddenly, the snow-capped summits join in the background of the immense prairie.

This region reached a great relevance back in the old days as a crossing point between the coast and the peninsular interior, just like the roman roads that crossed it and the fortresses that marked its route give evidence of. But, above all, its mining wealth, mulberry crops, abundant water and the quality of its cattle pastures turned it into an appealing territory.

We pass through numerous crystalline streams falling of from the rough orography of the north side of Sierra Nevada, all of them forming the headwaters or Nacimiento River, which gives its name to one of the wealthiest regions in Andalusia regarding history and landscapes. From the snow-capped summits of Almirez and Peñones del Mediodía to the winding gullies of its lower riverbed, Nacimiento River is pure contrast between the mountain cliffs and the piedmont plains, between the pine and holm oak forests and the desolate, sandy watercourses.

At the end of its course, Nacimiento River surrounds the eastern end of Sierra Nevada, where water, orange trees and palm tress, together with the white from the country houses, make up a really exotic view.